We've all previously worked in the sector. As volunteers, mentors, trustees and fundraisers. We love our work at NFP because we love working with non-profits and helping them build amazing teams who will achieve incredible things for their beneficiaries.

Collaboration is much more important to us than competition. We don't work on a commission basis so each assignment is a team assignment. A success for our client is a success for all of us.

Our entire working model is built around relationships and trust. Which is why we're so proud that our 1st ever client is still working with us 17 years later. And why people we've placed often go on to become our clients.

We know that life doesn't pause between 9-5. So, we practise what we preach when it comes to flexible working and a family friendly culture. We care about our team and put people at the heart of the way we work. 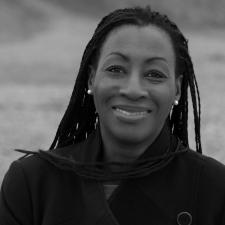 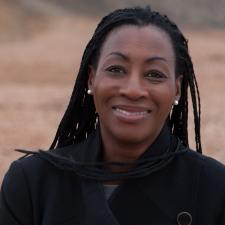 Co- Founder and Director. BSc Psychology
02070969639
Will get up and sing along in the theatre

Carroll is a co-founder of NFP Consulting and brings 20 years’ experience working for the charity and the wider not for profit sector recruiting to senior appointments and teams for small and medium sized organisations. She enjoys working on a mixed caseload of assignments including finding some of the sectors top rated directors of finance, fundraising, HR and marcomms. As someone with a keen interest in psychology Carroll is also the lead contact for NFP’s HR consultancy services which includes salary reviews, team building and psychometric testing.

Carroll worked for charities in frontline services prior to entering search and selection and was also a trustee for two welfare charities. 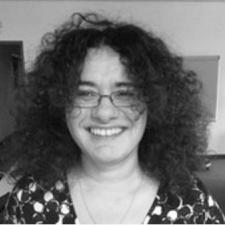 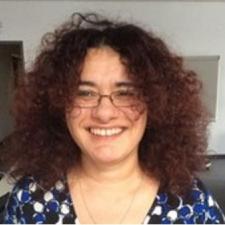 She has worked as a freelance consultant since 2000 and as an assessor since 1991. Dina is fully trained in biographical, situational and critical experience / competency based interviewing. She brings a wide range of assessment / development experience from panel interviews to assessing & chairing extended selection procedures at all levels from front line and graduate to senior managerial, specialist and executive. Her experience also includes designing sift criteria, sifting and telephone interviewing and the design and delivery of a number of assessment related training products (sifting, telephone interviewing, board administration, career planning & assessor training), 1:1 and small group coaching & feedback. She is an accredited user of OPQ, MBTI, RPQ, MQ and 16PF5. 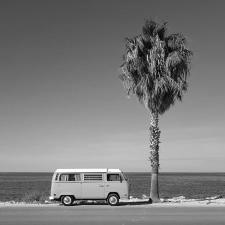 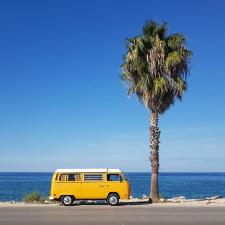 Gloria is a 1976 VW camper van and a Westfalia conversion. She spent all her early life in the States, latterly Colorado, before being imported to the UK in 2011. Gloria joined the team in 2012 as a very effective mobile office, which has enabled us to add an international dimension to our operation if only for a few weeks during the year. Over the years we have had pop-up (literally) offices in France, including Corsica, Italy, Greece, Spain, Portugal, Belgium, Luxembourg and Germany. Like NFP, Gloria is utterly reliable and has never missed a beat. We really are living the dream! 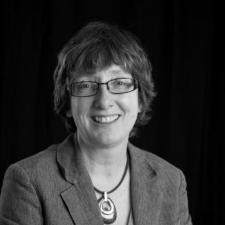 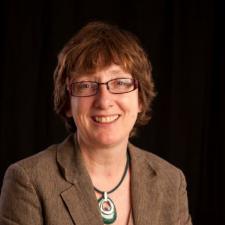 Writes poetry about people and causes that inspire her

Some examples of Lucy’s reward related work include:

Lucy also brings a specialism in equal pay evaluation, which adds a further valuable dimension to her work. She also has a wealth of pay data accumulated over many years, which is analysed alongside the published sector salary surveys that NFP already subscribes to. 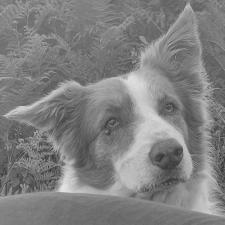 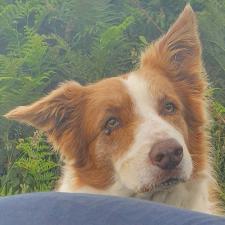 Muddy is mostly border collie. Bright as a button. Every evening no matter where we are, he must do his toys, which involves retrieving anything up to 25 items on voice command. His favourite, and the very first toy, is a toilet brush (referred to as ‘bog brush’), which he received brand new as a present when he was under one year old. He is very well travelled collie as he comes everywhere with us in Gloria the 76 VW camper van – France, including Corsica, Italy, Greece, Spain, Portugal, Belgium, Luxembourg and Germany. It really is a dog’s life! 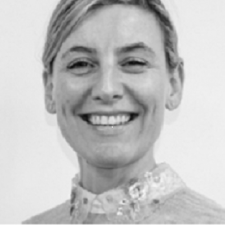 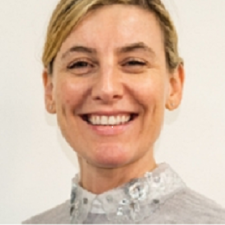 Much more than a finance geek

Following a degree in accounting and finance, Natasha worked as a finance professional for over two decades, initially at large multi-national organisations before moving to specialise in SMEs, start-ups and charities.  In 2015, after moving through the ranks of her finance career, Natasha moved into  a senior leadership role as finance director of a fraud prevention company with a £6m turnover before becoming Interim CEO of Team Up, a charity helping children from low income backgrounds achieve their maths and English GCSE, where she also serves as a Trustee.

Throughout her career, Natasha approached each business with curiosity, identifying how she could serve each one.  Subsequently, she became adapt at bringing together the business strategy, financial opportunity and team development to propel the organisation to the next level of growth.  From an early point in her career, Natasha knew the power of identifying and unlocking the potential in each member of a team to help the organisation achieve results.

Natasha currently works across many projects including organisational leadership, fundraising and accounting support for charities, as well as following her passion to coach individuals, especially finance professionals, to reach their career goals and life aspirations. 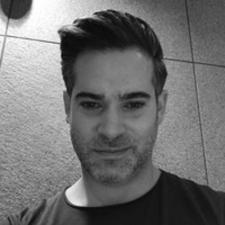 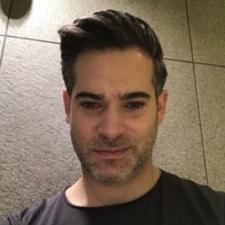 Paul is an experienced consultant, fundraising director and senior charity manager, specialising in start-ups, talent development and the building of effective philanthropic partnerships.

He began his career at Macmillan Cancer Support, progressing to Greater London Area Fundraising Manager, a role in which he managed Community Fundraising across the capital.

In 2007, Paul moved to World Jewish Relief, where he became their first Director of Fundraising, Marketing & Communications. During his seven-year tenure, the charity’s profile and voluntary income increased substantially, an achievement which has been replicated at MQ: Transforming Mental Health, which he joined in 2014. From a standing start, the charity now raises

A published author (Donors for Life: A Practitioners’ Guide to Relationship Fundraising), Paul has been regularly acknowledged in a list of the UK’s 50 most influential fundraisers. He is a frequent journal contributor and speaker on the fundraising and marketing conference circuit, outlining his commitment to best practice and innovation throughout the sector. 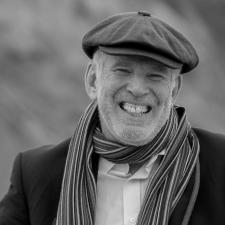 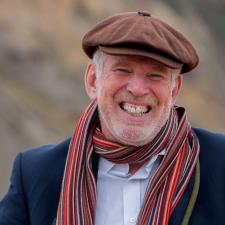 A Founding Director, Simon now brings over a decade of executive search and selection experience in the nfp sector. The range of successful appointments achieved to date include Chief Executive and other board-level appointments to six figure salary levels for a diversity of organisations including mainstream and niche charities, membership and trade associations, arts and heritage organisations and university development departments. Other assignments that Simon has successfully concluded include recruiting to trustee boards and to Chair, Vice Chair and Treasurer positions.

Simon also leads on and contributes to organisational development assignments, which involve the delivery of change management programmes.

Prior to founding the company, Simon worked in the local government in London, principally in education and community services. He also worked in the voluntary sector and served on a number of management committees and working groups. 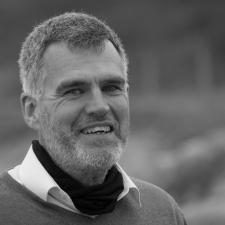 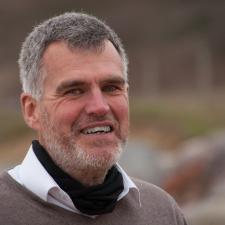 Toby has worked in IT since the early 1990’s with a background in computer programming, database development and the translation of business requirements into deliverable IT solutions.

Toby joined nfp in 2007 and has taken the company through various IT and web development cycles as well as putting in place the ‘what to do when things go horribly wrong’ measures. He is responsible for all things IT related – from systems infrastructure, database implementation and management, website development and maintenance through to ‘My computer doesn’t work!’ queries from users.

Immediately after graduating in IT Business Systems, Toby worked in various contract capacities for a range of commercial organisation and eventually for a large Government department providing third line technical support to a bespoke data management application. Prior to his career in IT Toby worked for a top ten London advertising agency responsible for the delivery of print production campaigns within the agency to external suppliers.

Outside work, Toby is an active mountain biker, rugby coach and budding guitarist. 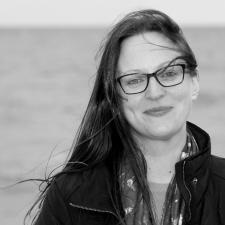 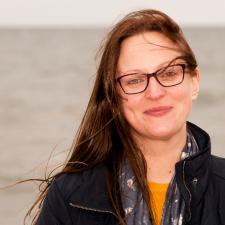 Vikki graduated with a BA (Hons) in Business Administration and has developed her career since joining NFP, initially joining the organisation as a Recruitment Resourcer and now working as a Principal Consultant.

She specialises in delivering end-to-end recruitment services to large, medium and small charities and wider not-for-profit organisations. Vikki recruits to a broad range of roles including middle management and professional positions, across a number of disciplines typically found in a modern charity. In addition to managing an individual caseload, Vikki also contributes to the development, project management and delivery of executive search assignments.
Her key strengths include effective organisational skills, managing multiple projects, excellent attention to detail, account management and working to tight deadlines.

Outside work, Vikki enjoys running, recently completing her first 10k for charity. She also loves reading, the great outdoors and spending time with her family and friends.

"A key strength of NFP is its people and the degree to which they interact, adding a wholly personable approach to the whole process"

We help people with purpose.